Committed to providing dogs and their owners with force free training solutions, support and activities for every stage of the dog's life...

Blackmuir Dog Training began its journey in 2007 with the purchase of Wolfgang, our German Shorthaired Pointer. Through Wolfgang our head trainer, Graeme got involved in the gundog world (and made many, many mistakes in the early days). 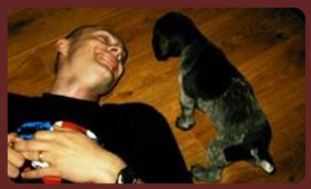 During those early years, Graeme got involved in organising gundog training events where he enrolled the help of Polmaise Gundogs. 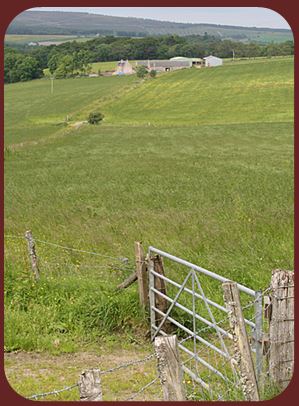 Why the name ‘Blackmuir’ for a dog training business?

On 4th May 2010 Graeme opened his first dog training class in Erskine but he needed a name for his business. What would it be? Graeme wanted something that had a special meaning to him.

The name ‘Blackmuir’ comes from Blackmuir Farm in Banffshire, a place where Graeme spent many happy times from his teens into his early twenties. There he learned to drive tractors, build fences and work with the many animals there (including working Border Collies). Adopting the Blackmuir name is a nod of appreciation to that special place and the people who lived there.

In 2011 Graeme started formal study with COAPE, the leading provider of accredited qualifications in companion animal training and behaviour courses. As the popularity of the classes increased the Blackmuir portfolio grew to include puppy socialisation classes that were originally based on those developed by Dr Ian Dunbar. 2012 saw the classes extend further into a second venue, this time in Renfrew bringing the total number of weekly classes to five. Graeme also became a full member of the APDT in that year. 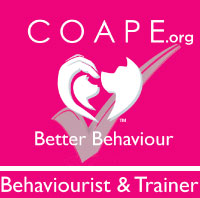 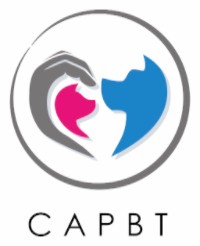 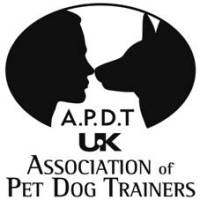 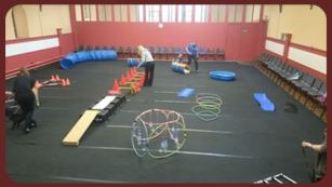 In 2013 Graeme once again turned to study and started working towards the COAPE Higher Diploma 'The Principles of Companion Animal Behaviour and Training (QCF Level 4)' which was completed in 2014 with distinction. 2014 also saw the opening of the Blackmuir Dog Training & Behaviour centre, taking over the old church halls in Glebe Street, Renfrew to be used exclusively for training and behaviour work.

In 2015 Graeme furthered his education with and completed the COAPE Higher Diploma in The Practical Application of Companion Animal Behaviour and Training; DipCABT (QCF Level 5), again with distinction...

Graeme also keeps up to date with modern animal training methods and techniques by attending various seminars held by the worlds leading animal trainers and behaviour specialists like Ken Ramirez, Karen Pryor and Michele Pouliot. Continuous Professional Development (CPD) is something that is essential for any professional...